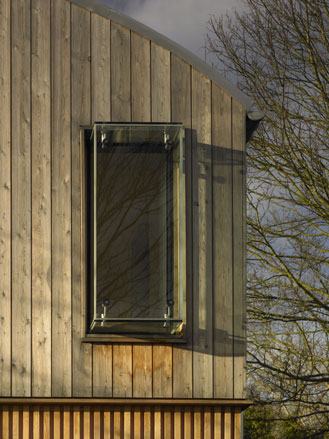 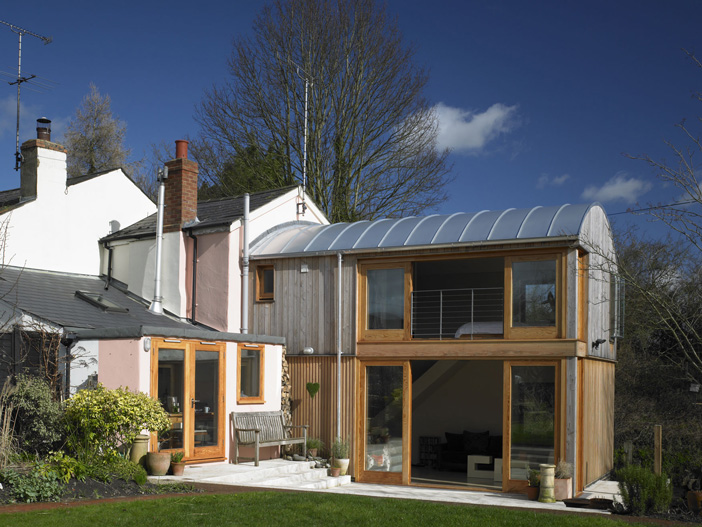 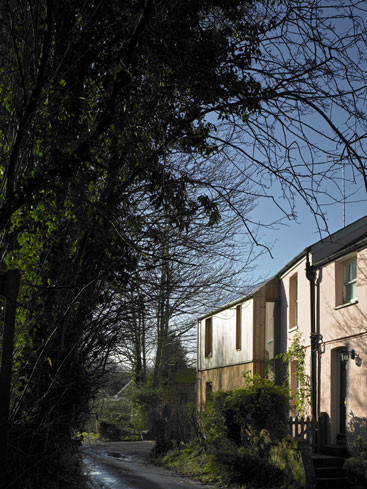 This scheme, a large extension to a Victorian cottage on the edge of the local conservation area, is effectively a new building added to an accumulation of structures which has arrived over time.

The aim of the project was to provide a responsible, appropriate, and sustainable building.

The architects paid close attention to the Pewsey Village Design Statement and the Kennet District Local Plan and argued strongly that a building of this century should read clearly as of its time (as half timbered seventeenth, Georgian brick eighteenth, Victorian nineteenth and Edwardian twentieth century domestic buildings – cheek by jowl – already do in Pewsey).

The form is a simple rectangular plan, set at an angle to the existing house, with a shallow aluminium barrel vault roof (exposed internally). The design is for untreated larch cladding- the upper part close-boarded the lower part spaced to form a trellis.

The building is ‘the first house in the village’ if approached from the south, and the importance of the new gable in this respect is marked by a structural glass window.

The process was a collaborative one. 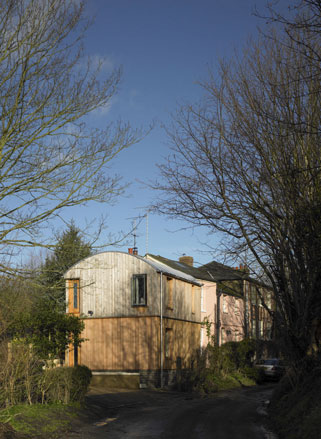 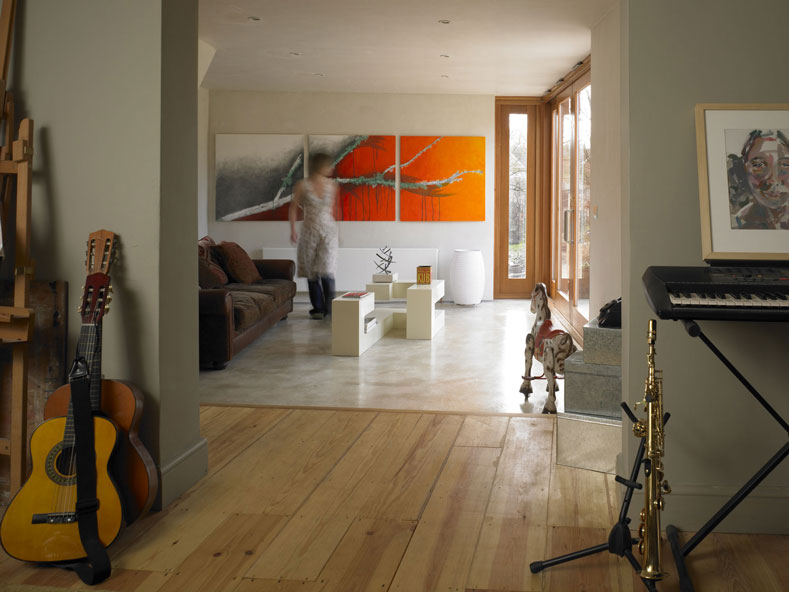 “The lack of real ‘ideas’ in domestic rural architecture is depressing, it’s as if all creative thought left the modest family home in about 1850. We weren’t really looking for a ‘Grand Design’, but an honest building giving us a modest expansion of space, yet expressive of our time and the simple ‘openness’ of modern techniques and materials.

We love the architects’ obsession with the ‘idea’ and how we can connect aesthetics with an integrity of thought that defines a look, feel and sense of place. When they came to us and explained that the house is at a transition point between village and countryside, and that the idea was to capture that transition in the form of the building, we were immediately drawn to the vision.

It hasn’t been easy but the architects really helped us add the ‘extra’ to ordinary.”