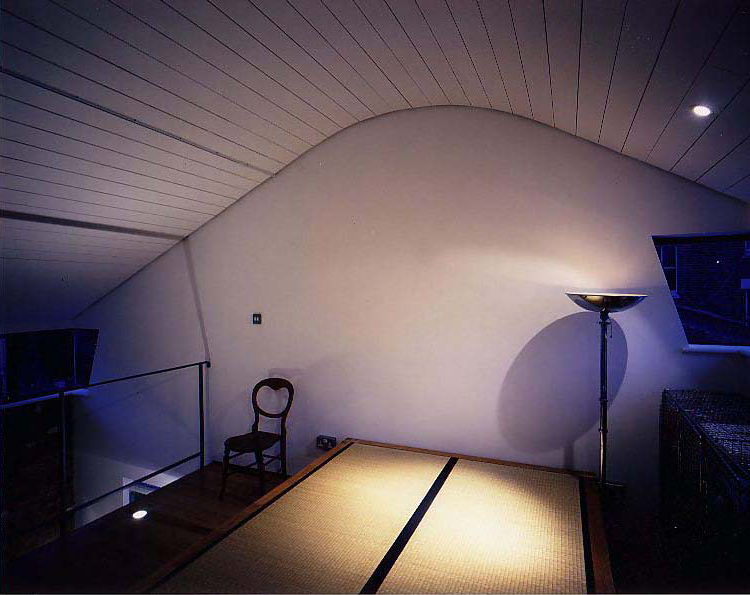 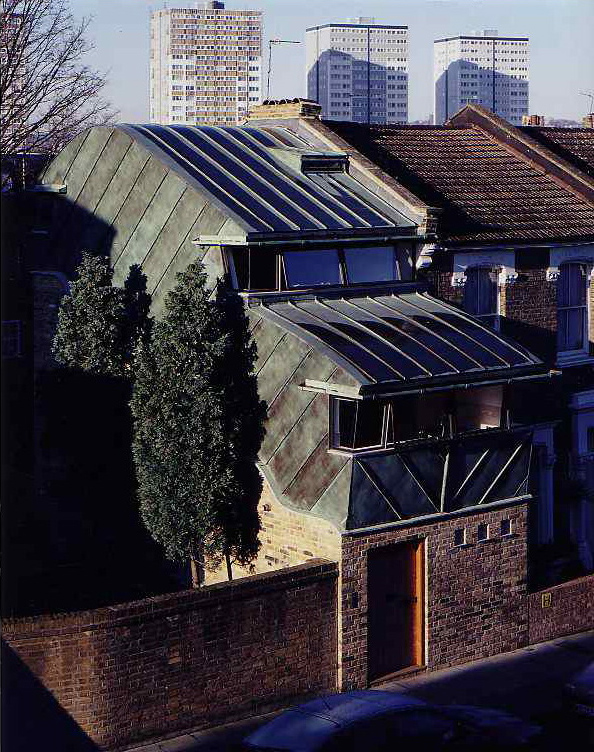 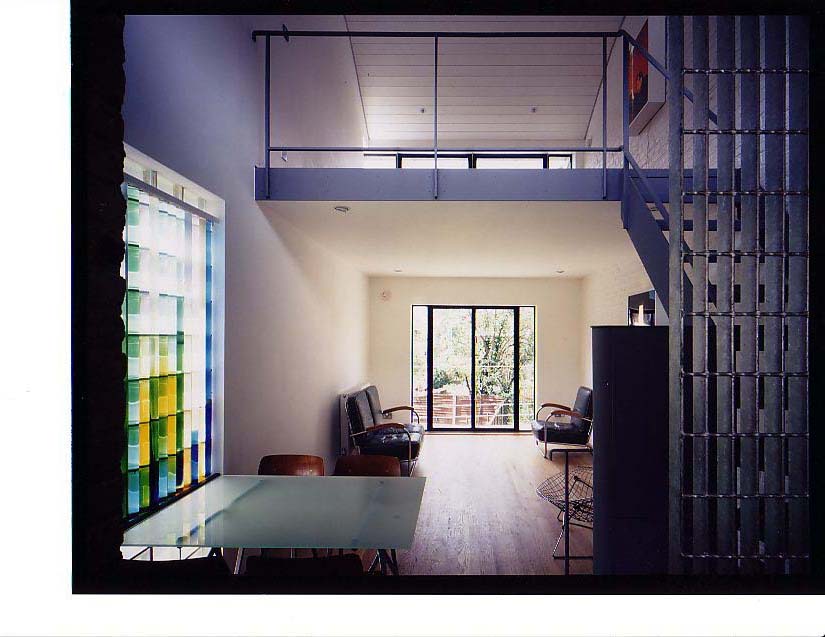 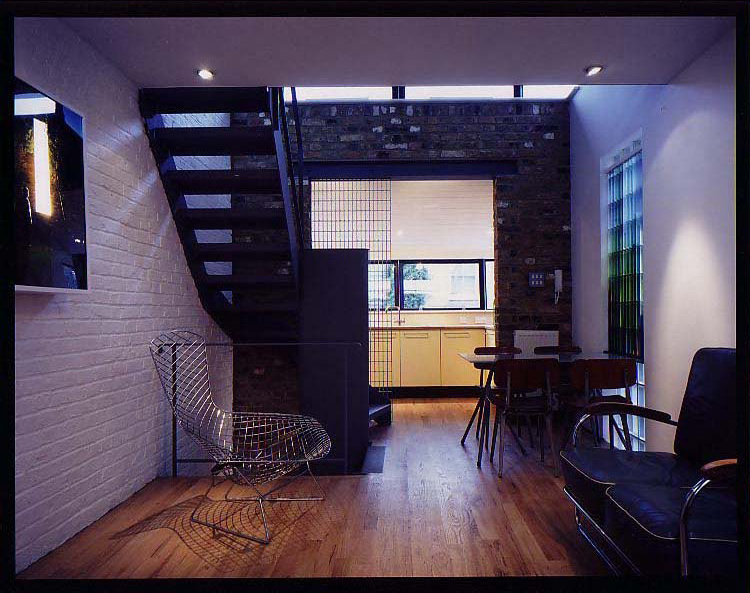 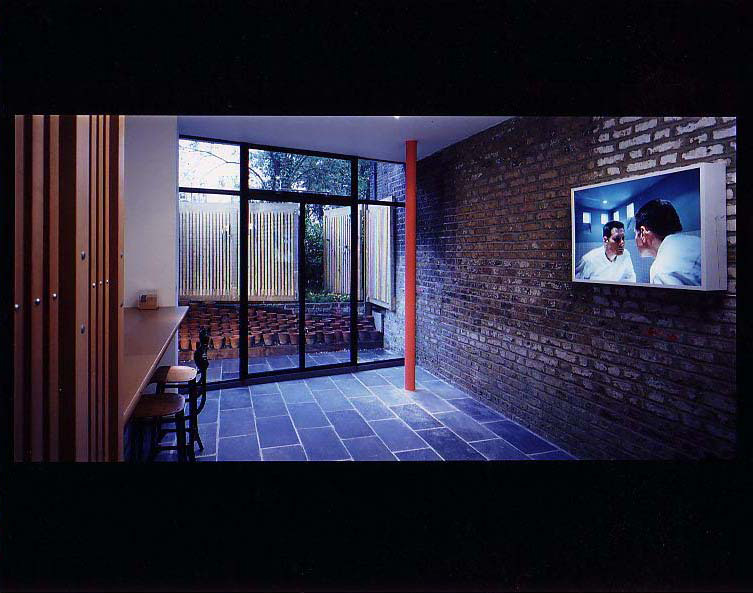 Graham Cooper, a financial journalist and art provocateur collaborated with us in developing a small site in Highbury, North London.

Venus addresses the street in a similar way to the machiya, the traditional Kyoto city-houses, being very private and defensive at street level but opening up at higher levels to let in light and permit views.

We wanted naturally weathered materials, with an appearance that would continue to evolve. Above the solid base of recycled bricks, the envelope is a well-insulated timber frame clad in post-patinated copper.

We invited two artists to become embroiled in the project. Matt Hale developed a connection between our architectural themes and his previous work with liquid sculptures. He created a ‘stained’ window of glass tubes filled with coloured domestic fluids (shampoo, detergent). Frank Watson installed his light boxes “Interior World”.

The building at first became a gallery, with the spaces were sparsely furnished, just enough to give clues to the domestic functions of each space. The building is currently a ‘live-work’ home.